I’ve been working on a video for my PubSlush pitch for my next novel, which has led me off on a tangent or two…

This is the cover art I’ve made for what I believe to be the only Public Domain book (so far) by Rex Stout, the creator of Nero Wolfe. 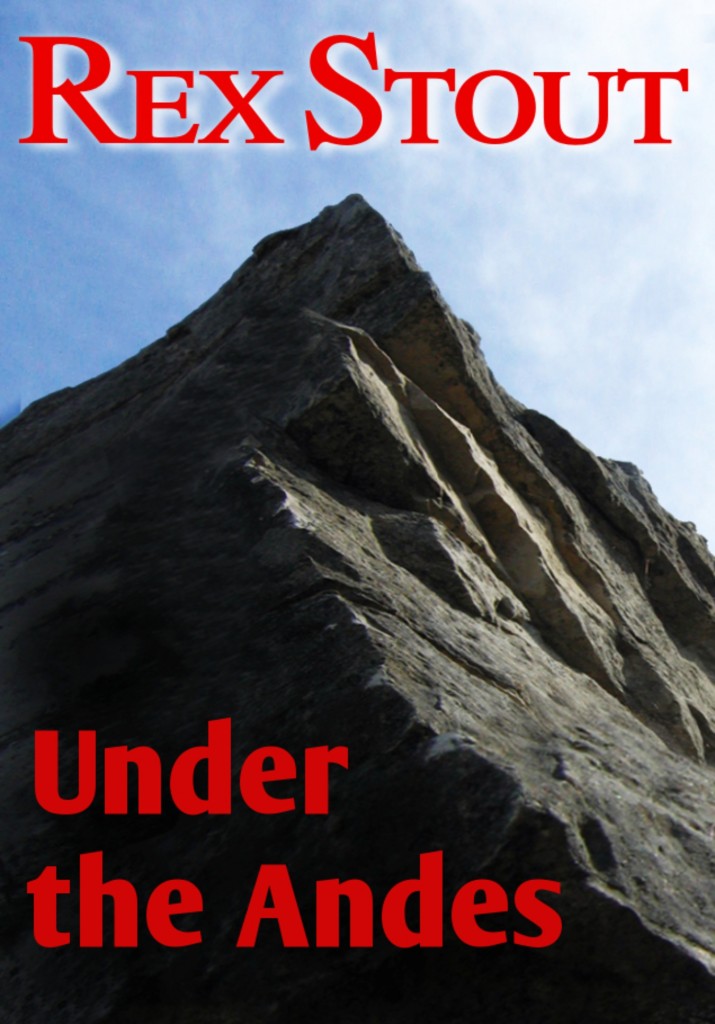 One of the things I’ve been doing for the video is rounding up covers of books I read in my youth. In today’s world of copyright insanity I’m being extra careful never to infringe copyright. This means I can only use works in the Public Domain or explicitly licensed to share.

And especially for books like this one: it has been republished many times precisely because it is in the Public Domain.   That’s why I’ve been making a few of my own covers.   If you’re interested, more of the covers I’ve made myself can be found on Flickr in my Public Domain album.

I have to say I am pretty pleased with my mountain… having never actually been anywhere near a real mountain ( neither Blue Mountain or Hamilton Mountain count… they may be big but they are really just hills.  Like the ones in Hollywood).

So I began with my own photograph.  But my “mountain” wasn’t photographed in the Andes, it was taken near Tobermory. 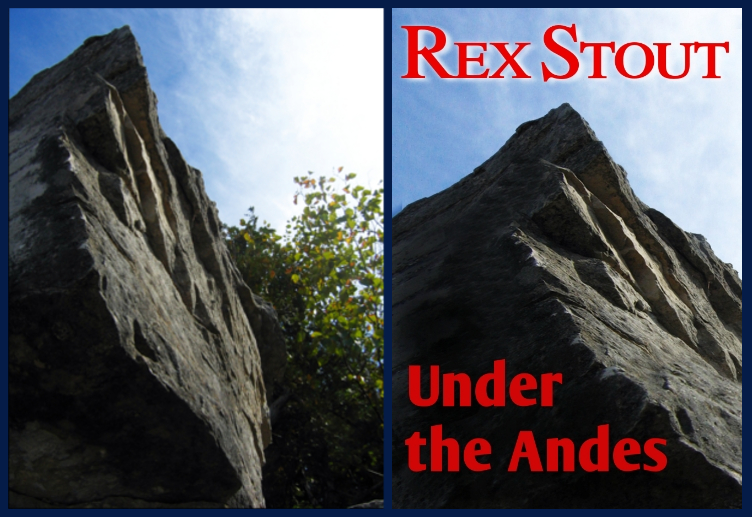 Before and After: “Under the Andes” cover art

Originally I had planned to use a few of the Edgar Rice Burroughs covers, since they are Public Domain for Canada.  Even the early books are PD in the United States.  After all, I grew up reading my Dad’s ERB paperbacks, (all twenty-whatever Tarzan books, Mars, Venus and Pellucidar etc… formulaic or not).

But it seems the current holder of the remaining Burroughs copyrights is ruthlessly asserting Intellectual Property Infringement against any reuses, legal or not.

This is one of the major reasons I believe copyright is actually harmful for most creators.

It makes no difference if you are in the right if you haven’t the funds to go to court to defend against any big company with deep pockets, even if its challenge is specious. (They call that “copyright chill.”) Since I really don’t want my video yanked from YouTube, I dropped the idea of using the ERB covers because it is not worth the hassle. Besides, I don’t really want to promote the books if the company that would profit behaves so reprehensibly.

As mentioned, the original photograph and the cover design for “Under The Andes” pictured here originate with me, but since this is cover art for a Public Domain Book, I’ve given it a Creative Commons CC0 1.0 Universal (CC0 1.0) Public Domain Dedication.

Even though an American author like Mr. Stout only died relatively recently, back in the day if he didn’t renew the copyright on a book, it would go into the Public Domain… as this one did.

That is not true for Canada (or any of the commonwealth countries which were signatory to the Berne Copyright treaty) because copyright all rights reserved was (and is) the default for any creative works, so they didn’t need to be registered. For this reason, some of my contemporary culture originating south of the border is in the Public Domain.  However with the insane copyright extensions that seem to be the norm, that’s not true for the next generations… their contemporary culture will be locked up in copyright until after they are dead… and if things keep on as they are, maybe forever.

Posted in culture, self publishing, writing on 6 March 2015
Comments Off on Public Domain Cover Art